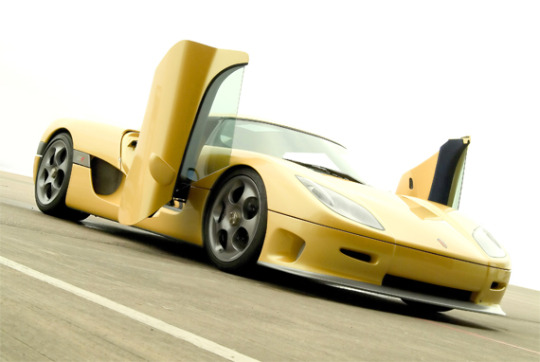 Today on [Red Ferret][], I discovered the [Koenigsegg CCR][] built-to-order supercar. According to their website,

If I interpret the facts (privately funded company) and the CEO’s name (Christian von Koenigsegg) correctly, this might as well be a very rich aristocrat’s pet project – an impressive and succesful pet project, that is1

Besides some very exciting technical spec and a video of the world-record’s drive, the site holds quite a bit of images and movies about this car. From an engineering point-of-view, this car is exceptional. I am just wondering what the price of one of these is …