The Ravensburger Tip-toi pen is an audio pen that works with printed works with embedded, proprietary “OID” Technology (Optical ID). You can purchase interactive audio books, toys and other stuff equipped with the codes; and download the corresponding audio-files for the pen from Ravensburger.

Thanks to some hackers & tinkerers , one can now build her own interactive toys or books. And this is what I did. An interactive treasure hunt for a Kids’ birthday party. 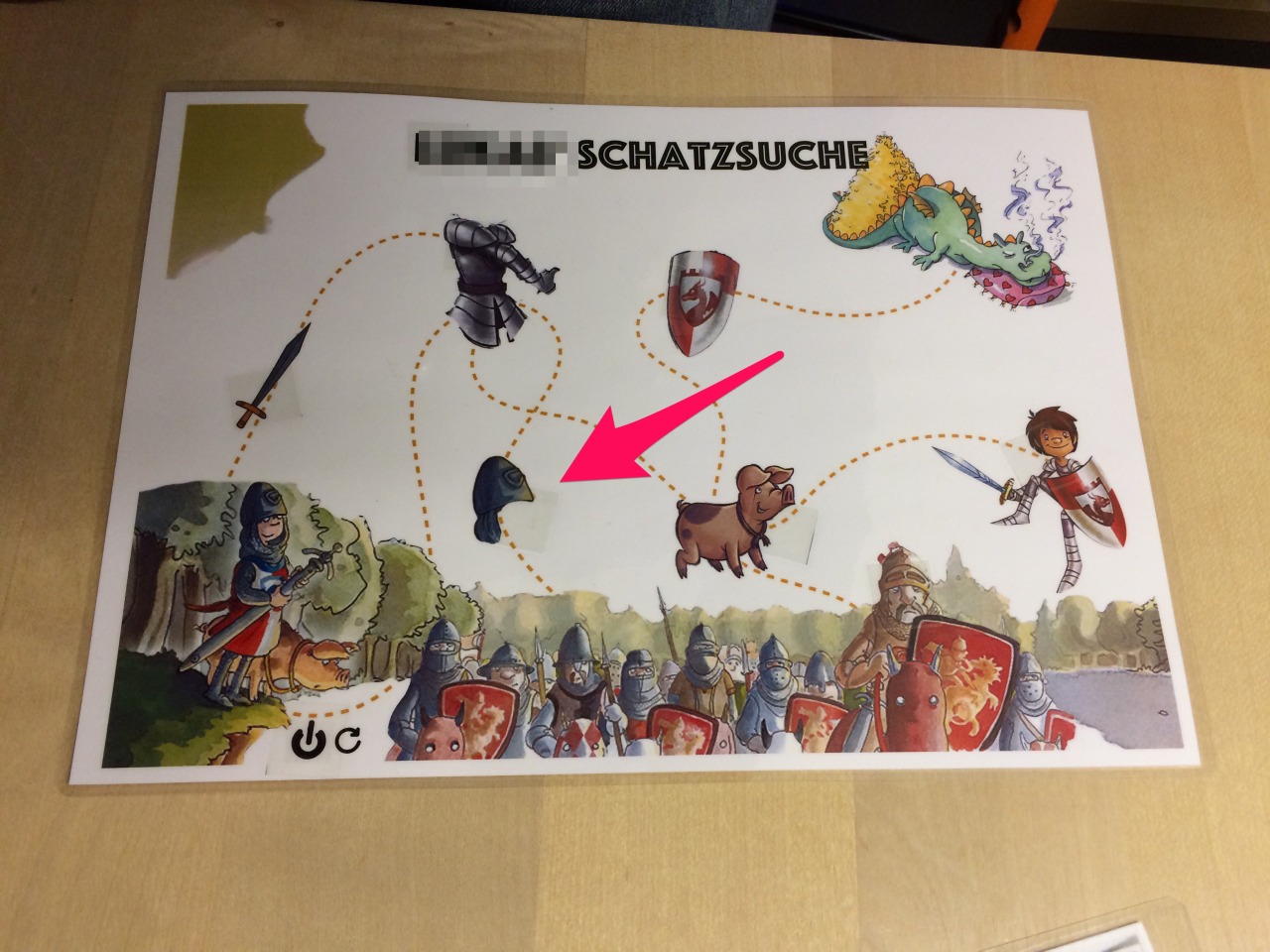 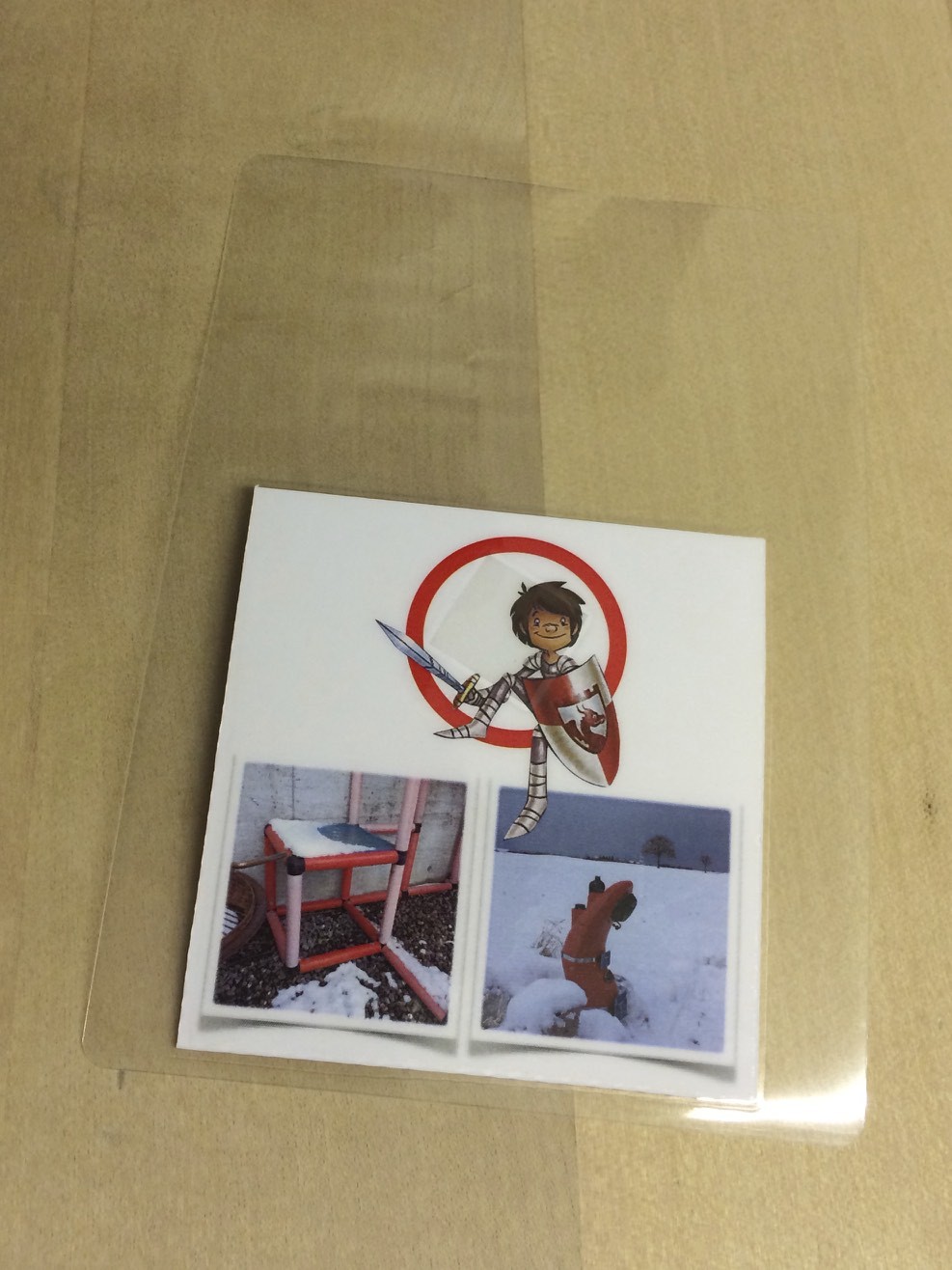 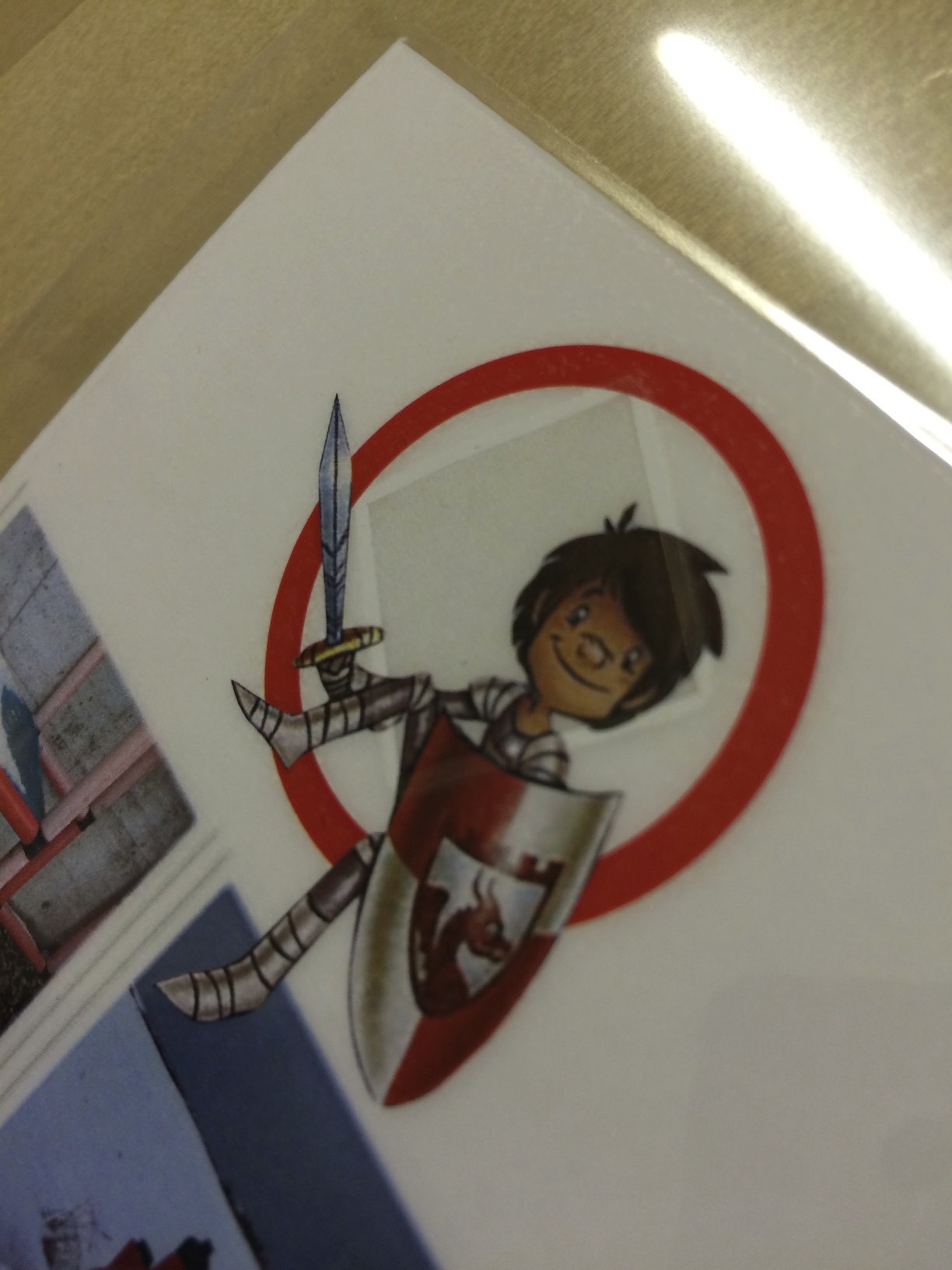 Instead of “double printing” the background and the codes, I used regular paper and adhesive, transparent film (Folex CLP Adhesive P CL ). I printed the codes I wanted to use simply on the film, cut it out and placed these small stickers on the background where I wanted them.

Because the treasure hunt would happen outdoors, I also laminated the whole sheet to make it more robust. The tip-toi pen had no issues recognizing the codes this way.

For printing, I used a Xerox WorkCentre with a high resolution setting and “Transparency” for print strength. As you can see from the last image, the codes are relatively well visible on the stickers. I also tried with a Brother DCP-7030, with mixed results in “1200dpi HQ” mode. Recognition speed and quality is much better with the Xerox, but is OK with the Brother if testing.

I haven’t tweaked printer settings that much, though, just used the standard settings.

The treasure hunt itself is very simple. It is essentially a linear, step-by-step game where the kids have to identify a part of the knights armor, and then get a clue where to find this piece of armor. The “piece of armor” is another, smaller printed card with the image of the armor and two images with a hint where to find the next piece.

In order to be able to cheat, one code on the plan increments the steps and thus allows to level up when needed or if the pen has a problem and resets itself.