So, PulpFiction is hot of the press. Of course, I had to grab my copy and play around.

At the time of this writing, I can’t tell what PulpFiction feels like as an app in daily use. But I have to make one comment regarding PulpFiction: “Ich [bin]{style="text-decoration: line-through;"} war enttäuscht!”

I already told Erik that I wonder if they had any European Beta Testers and personally, I assume they didn’t. Can you spot the error in the above screenshot?

Update: They do have European Testers. And there is a problem somewhere. But it’s not necessarily FSS’ problem. It could be Apple’s.

Watch the following three screenshots. My setting resembled the first image when I discovered the “bug”. 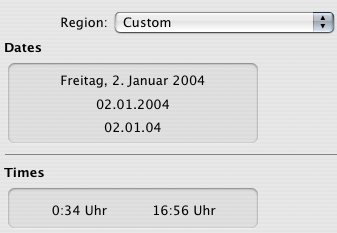 Then I tried to remove the “Uhr” that was set as suffix for AM/PM times. I openend the Custom tab (Screenshot number two) and tried to empty the two input boxes. Well, you can’t: Once these suffixes are there, they stick and can’t be removed in the settings. Somethings wildly wrong there, don’t you think? 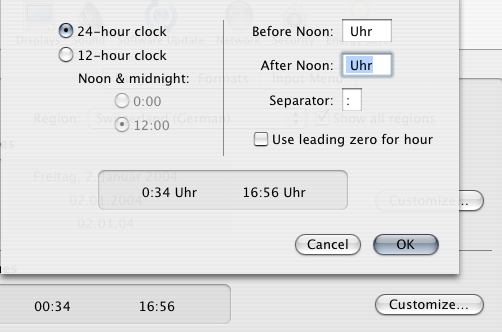 So, how to get rid of them, anyway? By setting the Region to something else than Custom, more specifically, Switzerland (German). Volià – the third screenshot. When I had my settings like that, everything was fine and time dispalyed as “Toady, 19:41”. 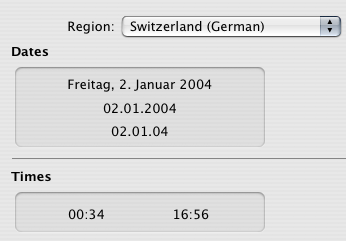